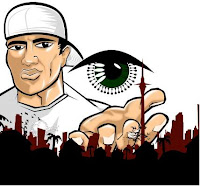 Let me say that your coverage of the PIMA conference is fantastic - some great stories by your students online.
Cheers,
Peter Rees
Editor
SPASIFIK

www.pmc.aut.ac.nz/specialreports/081010_PIMA.shtml
Posted by PMC feedback at 3:02 PM No comments:

Congratulations to the PMC students!

Congratulations to the PMC students on their rich and diverse reporting
of the PIMA event!
www.pmc.aut.ac.nz/specialreports/081010_PIMA.shtml

Good article on Fiji but some factual errors.

Three corrections:
First Coup 1987 (not 1986)
Independence 1970 (not 1969)
NZ did not impose Transit Visa bans - to the contrary, it lifted these bans
for the purpose of the Fiji delegation attending the Forum.

Also, the opinion on the Constitution and Electoral System is incorrect - the current 1997 Fiji Constitution (and its electoral system) was put together after wide discussion, consultation and debate.

It is not the Constitution or the voting system that is flawed, but the people who take the law into their own hands when the system does not deliver into Parliament them or their preferred 'partners'.

The Fiji Constitution has provisions for ethnically balancing the composition of Parliament, and has power-sharing mechanisms which allows for successful major political parties to form Governments in partnership.

It is not the Constitution that is Fiji's problem, but successive bad (and corrupt) leadership, lack of transparency, unethical practices, and poor governance. The current illegal regime is no exception.

Nik Naidu
Posted by PMC feedback at 1:16 AM 1 comment: